By employing a very certain kind of inshore knowledge to land a wall-hanger.

There is something about having a big speckled trout in your hands, especially here in Louisiana.

So you can imagine my excitement the other day when Mike set the hook on a true hammer.

My blood started flowing when I saw her, and almost had a heart attack when I realized there was no net in the boat!

I quickly threw my rod across the deck and got on my stomach with arms stretched out.

I grabbed her around the neck, with fortune favoring my bold move as we both breathed a huge sigh of relief when she safely made it over the gunnel and inside the boat. 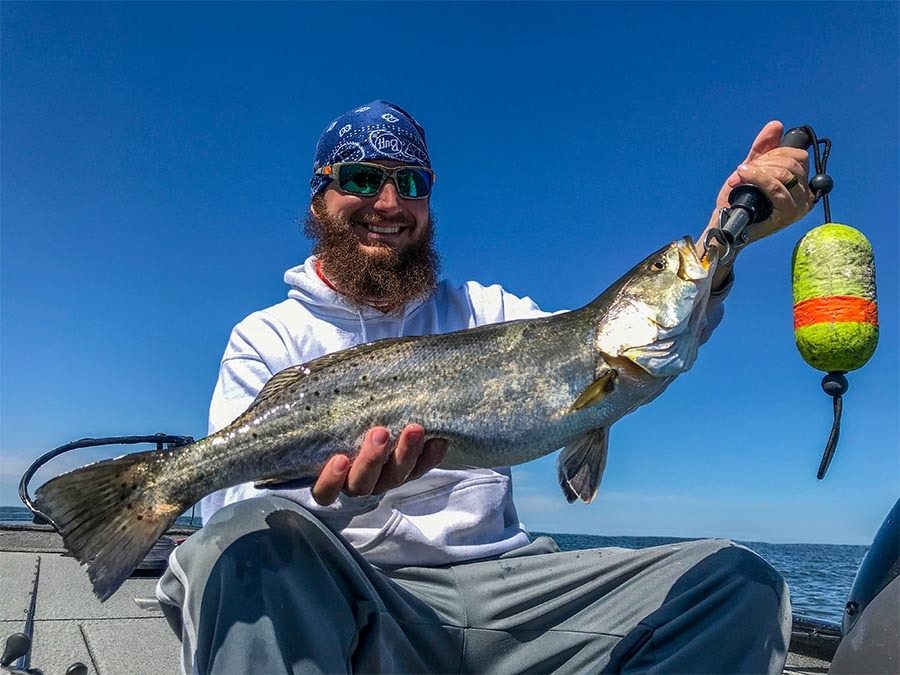 The picture above doesn’t do her justice, nor the experience, as pictures tend to do.

Anyways, we immediately put her in the livewell to give her a breather while we grabbed the Boga.

I know it’s only six pounds, but in Louisiana that’s a big trout and it was certainly Mike’s personal best.

After mulling it over (and appreciating her beauty as we gazed upon her in the livewell) he decided to let her swim, a decision I respect.

Maybe she’ll grow to become a state record. Maybe not.

Why and how did Mike catch this trout?

Get the full breakdown of how Mike did it in this sequel blog post covering:

Enjoy, and be sure to comment below if you have any questions!