You’ll Never Guess How Old Redfish Can Get

Do you know exactly how old redfish like this one can get? Keep reading to find out.

If you've been reading my blog posts for awhile, then you know I was once into tagging fish.

How much? Enough to have tagged well over 1,000 speckled trout and redfish. 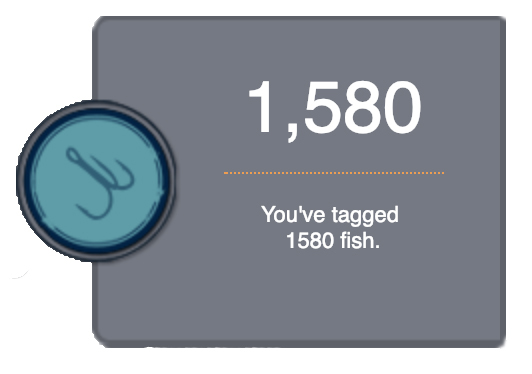 Which isn't a lot compared to someone like Charlie Bush, but it's no small amount either.

And when you tag that many fish, you really gain an appreciation for how long and far they swim, like this big speckled trout that made it to the far side of Mississippi: Of course, this is assuming every fish recaptured was reported, but we know that's certainly not the case.

Now you understand that a fish being recaptured at all is a slim chance, so what's a fish that's been recaptured more than once?

Or a fish that's been recaptured twice?

That's exactly what happened to this bull redfish from South Carolina.

When was this redfish tagged?

At the time he measured 35 inches in length.

How long was the redfish at large?

He was swimming for over eleven years before being caught again.

Then he swam for almost another ten before being recaptured a second time. How old is this redfish?

It's hard to know for sure, not without checking an otolith from its head (requiring its death).

But we know that this month, here and now in 2019, if this redfish is still swimming, he has been doing so for 22 years with a tag in his back.

Anyways, it's difficult to know exactly how old redfish are because they grow at different rates, but if I had to guess how old this one is, I'd say he is probably knocking on 30 to 35 years of age.

How long do redfish live anyways?

According to the Atlantic States Marine Fisheries Commission, redfish can live up to sixty years of age.

This means me and you have a shot at outliving a good deal of them.

Hooray us! That's a lot of time to go fishing.

Questions or comments? Chime in below.

I prefer trout like I prefer my whiskey…on the Rocks